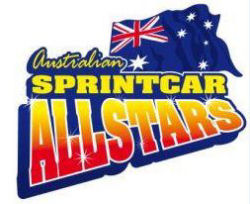 The 2022-2023 season is set to kick off in September at Murray Machining & Sheds, Murray Bridge Speedway, with a total of 22 nights of racing planned along with 3 practice events. The team at MMS are very excited to present another massive season featuring a huge variety of divisions and events.

Opening night for the venue is locked in for Saturday, September 24th, which also sees the first of the Track Championship nights, while the traditional Sprintcars Bill Wigzell 'Battle of the Bridge' will be held a week later on Saturday, October 1st.

Major events for the season include the Australian Pro Sprints Championship on March 24 & 25th, 2023 after the success of the event held last season, along with the running of Australasian Speedcar Championship on the Easter long weekend - on April 8th and 9th, 2023.

The venue will also host a trifecta of sedan state titles, with the SA Modified Sedan Title on February 18th, 2023, the SA Late Model Title on March 4th, 2023 and the SA Super Sedan Title on the March long weekend, 2023.

Sprintcar fans will also be kept entertained with the WSS Sprintcars States Series on Boxing Day, the Sprintcar Allstars Series in December and the Ross Wright Memorial in March.

Also set to return are the Formula 500s King of the Bridge, Super Sedans Fireball Challenge, MJS Street Stock Series and 2 memorial events for the V6 Sprints. *Formula 500s 65 Roses date TBC*
The venue will also host 2 non-speedway events with the Australian Arenacross on October 8th, 2022 and the Murray Bridge Autofest on October 21 and 22nd, 2022.

Pictured is the entire season calendar as currently scheduled.
Official practice days will be held on September 3rd and 17th, with nominations for both days to open soon.

Tickets for the first two events are already on sale via www.speedwaytickets.com.au, with further event tickets to be released in the coming months. So be sure to book early, particularly if you are after a coveted Park and View spot!