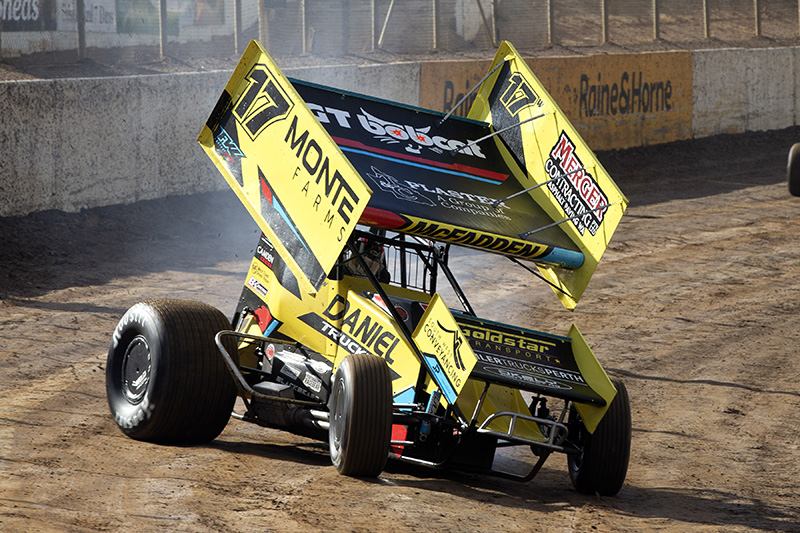 Murray Bridge Speedway is set to go racing one final time for 2021 on Boxing Day - Sunday, December 26th for their annual round of Speedweek as part of the Sprintcars State Series.

The States Series again takes place of the regular World Series Sprintcars, with the series again affected for the second year due to ongoing border restrictions.

However, the amended series has still attracted a top class field with several interstate competitors lining up for the first night of Speedweek.

The field is spearheaded by 4-time WSS Champion James McFadden (pictured), once again jumping back into the Monte Motorsports W17. Also in the field are Sydneyside brothers Marcus and Matt Dumesny, along with Victorian David Murcott who is also nominated in the SA based Downing Bros S97.

They will be up against the in-form Matt Egel who has had a standout run this season, with Luke Dillon, Brad Keller and Steven Caruso just some of the drivers amongst the SA contingent.

Also on the racing program is a terrific field of 15 Modlites who contest Night 1 of their SA Christmas Cup, along with a compact field of Formula 500s. Wingless Sprints will also be on track who were a late addition to the program of events.

Public Gates open at 4.00pm for a later start time of 6.00pm, with full bar and catering facilities available at the track.

Tickets for the event are on sale via www.speedwaytickets.com.au