CRACK FIELD TO CONTEST BATTLE OF THE BRIDGE 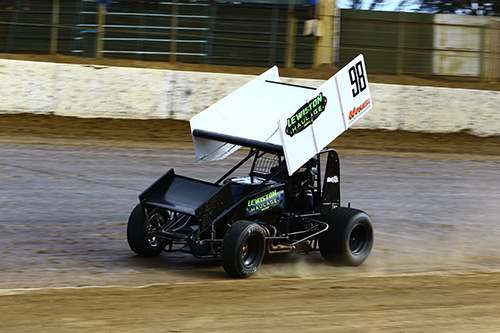 Sprintcar action returns to the Murray Machining & Sheds, Murray Bridge Speedway for the annual Bill Wigzell "Battle of the Bridge".
A class field of 19 cars will line-up for the Saturday, October 2nd event.

“It is fantastic to see our Sprintcar drivers back this early in the season and we thank them for their support."

Matt Egel will be one to watch after a very successful campaign in the NT, while the local challenge will include the likes of Ryan Jones, Brad Keller, Daniel Pestka and Steven Caruso.

Street Stocks will also run on the night, along with Junior Sedans and Classic Super Modifieds.

Wingless Sprints round out the program with a Rookie Development Session for 1st and 2nd year drivers.

"The Rookie Development session in conjunction with Wingless Sprints South Australia is designed to give new drivers more track time so they can gain more experience without the pressure of what can often be a 30-car field on any other race night,” he added.

360 Sprintcars were also due to run on the program, but are an unfortunate omission due to the number of nominations received.

Tickets for the event are on sale via www.speedwaytickets.com.au