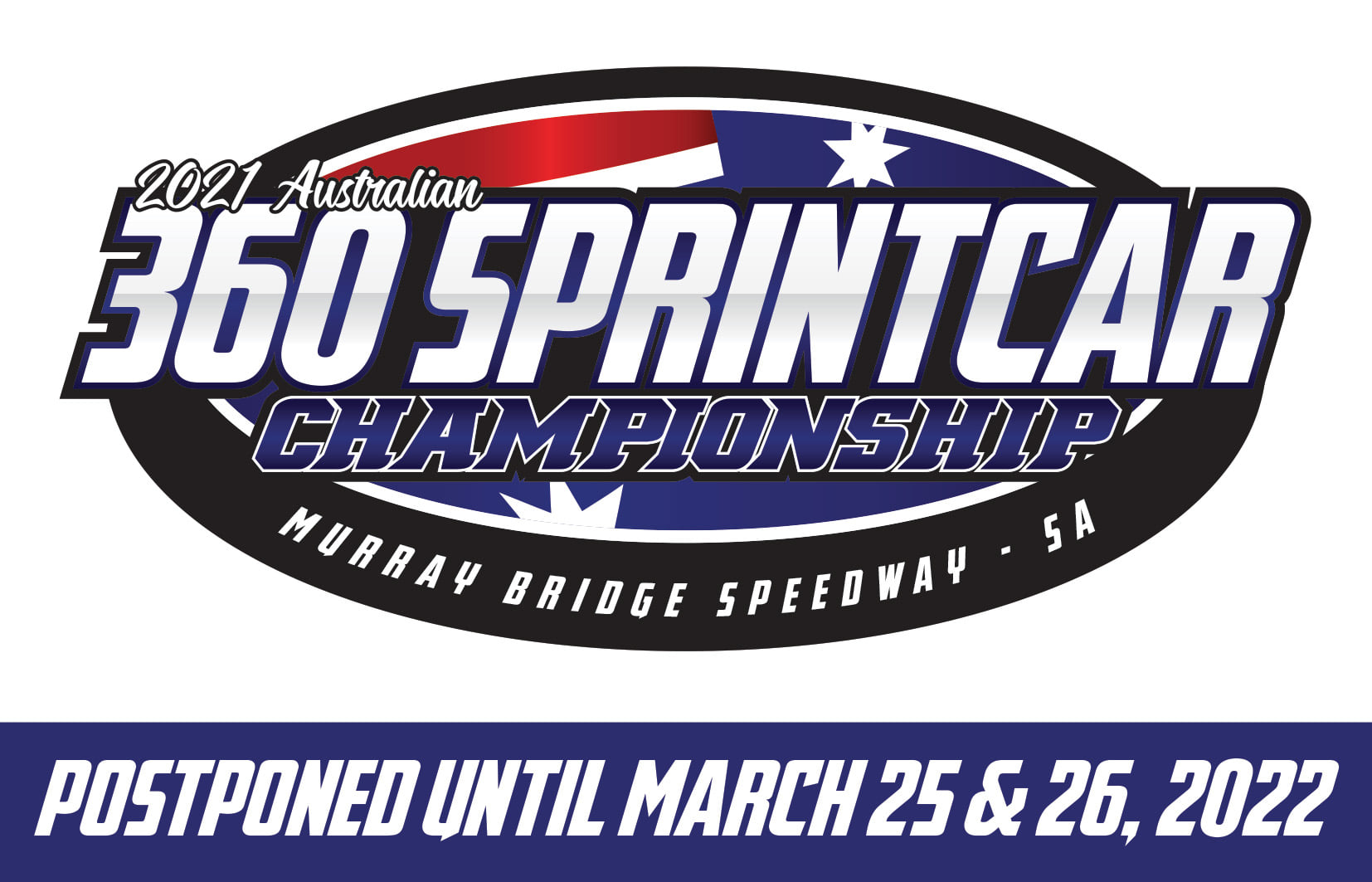 Murray Machining & Sheds Murray Bridge Speedway in consultation with the Sprintcar Control Council of Australia (SCCA) have made the difficult decision to postpone the 2021 360 Australian Sprintcar Championship to 2022. The seventeenth running of the event will now be held on March 25 and 26, 2022, in light of recent border closures and announcements.

"With the unpredictability of the virus and snap lock downs looming as a threat at any time, we feel it is the best outcome for everyone to postpone the event," explained Venue administrator Darren Shaddock.

"This announcement has been made in the best interest of competitors, especially since a large number of our 360 contingents are located in Victoria. We want to give everyone the best opportunity to attend."

"We are also in discussions to organise a round of the Allstars two weeks (March 12) prior to the Championship, to give competitors an opportunity to have a pre-hit out prior to the Title."
Nomination fees for Drivers already submitted for the event will be refunded.

Murray Bridge Speedway appreciates the support of SCCA and competitors and look forward to hosting the event in March 2022.
The announcement comes just hours after the postponement of the Australian Wingless Sprint Championship which was due to be held in late February.

However, the Australian Modlite Championship is still planned to go ahead at this stage on March 26th & 27th 2021.