AUSTRALIAN TITLE ON THE LINE 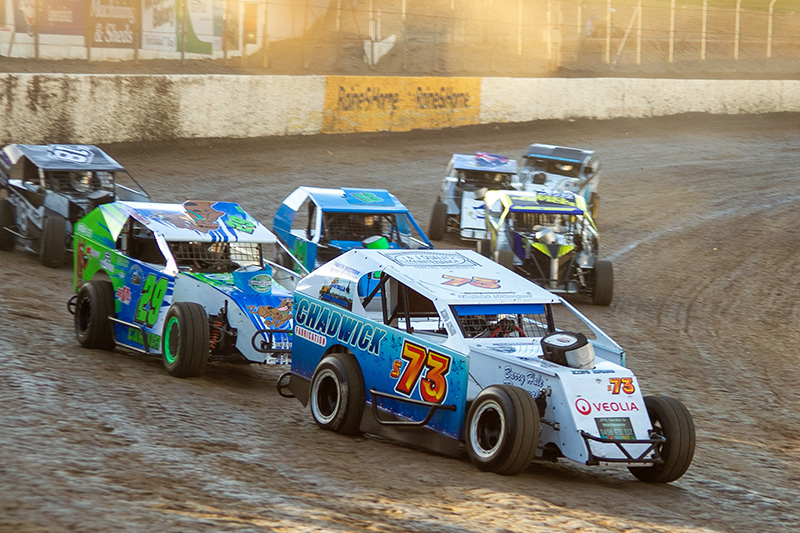 With many national events affected by on-going Covid-19 restrictions, this will be the only Speedway Australia division to run their Australian Title this season.

This will also be the first time the Australian Modlites Championship has been staged at the Murray Bridge venue.

The event will see 24 competitors converge on the ‘Bridge circuit, including a strong contingent making the haul from Queensland.

Kyle Honour comes into the event as the defending champion, with previous title holders Klinton Hancey and Terry Lerrentveld also in the field, while Scott Lehfeldt will be looking to go one better after two previous second placings.

The format for the championship will see 12 heats of racing, followed by the title decider. Practice for the Modlites will be held on Friday (March 26th) from 1-3pm.

The night’s racing program will be supported by Street Stocks, Late Models and Junior Sedans.

Tickets for the event are available online now via www.speedwaytickets.com.au, with the event being capped at 2600 spectators. Bar and canteen facilities will be available on the night. Public gates open at 4pm for a 5pm start.

LATE MODELS
*To be announced