HOT NIGHT OF ACTION AT MMS 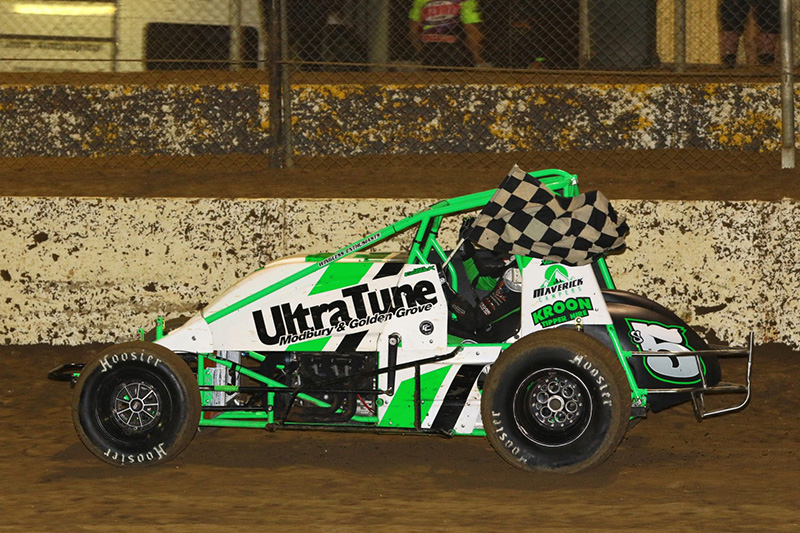 In hot, balmy conditions, the action on track was just as hot at Murray Bridge Speedway’s Boxing Night event.

A stellar field of 31 Wingless Sprints headlined the program, with Joel Chadwick and Mark Blyton stamping their authority early on in the night both claiming two heat wins apiece, with Jack McCarthy and Tyson Martin claiming the remaining two heats. In the feature, it was Chadwick ahead of Victorian's Christopher Halesworth with Blyton in for 3rd.

Modlites returned to MMS to contest night one of their ‘Covid Cup’ with Brian Chadwick finishing ahead of Justin Chadwick and Jacob Carlier.

In the Junior Sedans, Drew Flatman made another winning run in the ‘A’ Feature with Lachlan Brown collecting the chequers in the ‘B’ Feature.

The Demolition Derby was the last event of the night, with a minute’s silence held for the late Alan Flack.
19 cars took to the track with Anthony Woolger declared as the last car running, with Ben Harkins awarded ‘Best Presented' and Mark Williams the ‘Most Damaged’.

The next event is this Saturday night, January 2nd 2021 featuring Round 4 of the Sprintcars SA Speedweek, along with Wingless Sprints, Late Models, V6 Sprints, Street Stocks and Junior Sedans. Tickets online only via www.speedwaytickets.com.au