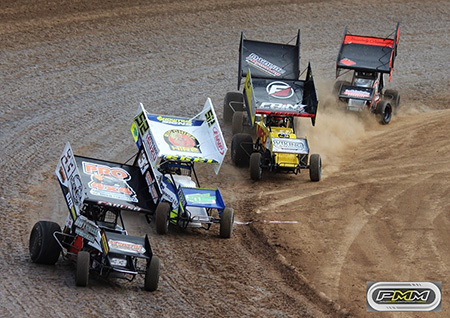 Sprintcars SA has released their proposed calendar for the 2020/21 Sprintcar season with events set to begin in September and then conclude in April. The highlights of the South Australian season include five nights of World Series Sprintcars, including the first visit to the Whyalla Speedway, the Australian 360ci Sprintcar Championship at Murray Bridge and a return of the state-based USC SA and Tri-Series point championships.

The USC SA Series will begin at the Murray Machining and Sheds Murray Bridge Speedway on September 19 with the traditional season opener, the Bill Wigzell Battle of the Bridge, before round 2 on November 7. Round 3 of the series will be held on “The Ultimate Pink Night” on December 12 with the final round being run in conjunction with the 3rd running of the 60 Lapper on the March Long Weekend (March 6/7 2021).

The three round Country Tri-Series will return for a second year with two rounds at Murray Bridge and the other at Whyalla. The Whyalla round, on January 30, will be the biggest event in the venue’s history as it will also be a round of the 2020/21 World Series Sprintcars in addition to the 2021 South Australian Sprintcar Championship.

The Tri-Series will kick off at Murray Bridge on December 5 with the Grand Final on April 10, with a dual 20-lap feature format.

Overall prize-money for Country Tri Series will only be awarded to drivers who attend all (3) rounds.

World Series Sprintcars will host rounds in South Australia on December 26/27 and January 29 at Murray Bridge, December 28 at Mount Gambier, and January 30 at Whyalla.

All dates are subject to change due to COVID-19 and there is also the possibility of extra dates and venues being added.