MMS Leaps Into Action On February 29 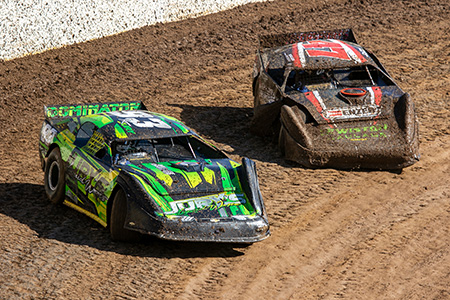 Racing resumes at the Murray Machining and Sheds Speedway at Murray Bridge this Saturday night on the unlikely date of February 29 with a Triple Title Night set to leap into action. The event will feature the now traditional tribute night to John Dawson with the John Dawson Super Sedan Memorial and the South Australian Championships for the AMCA Nationals and Modlites.

The night will once again celebrate the life of John “JD” Dawson, who was a great supporter of not only Super Sedans but South Australian Speedway in general, who lost his life after a tough battle with his health.

The JD Memorial is set be a great tribute with some of the best drivers in Australia so predicting a winner is almost impossible.

The format will see each driver complete three heat races with a top 4 invert in the final round of preliminaries followed by a 1 lap pole shuffle for the entire field. The $3,500 to win A-Main will be conducted over 35 laps.

The Modlite State Title contest will be just as intense with 19 of the pint sized modifieds nominated including some of the best drivers in the category making the trek down from Queensland to take on the locals.

Multiple State and Australian Champion Clinton Hancey is the benchmark in the class nationwide and he is set to defend his state title against fellow Queenslanders Sam Gollschewsky, Sean Rose and Neil Gregson. William Butler from New South Wales completes the intestate drivers.

Leading the local charge will be Chris Ferguson, who was a last winner at Waikerie, Scott Webb, Brian Chadwick, Justin Chadwick, Patrick Hewitt and Brook Alexander.

The night will be rounded out by the return of the Formula 500’s (13 nominations) as they tune up for next weekend’s 65 Roses Race, the Junior Sedans (13) and demonstration runs from the classic Super Modifieds (10).