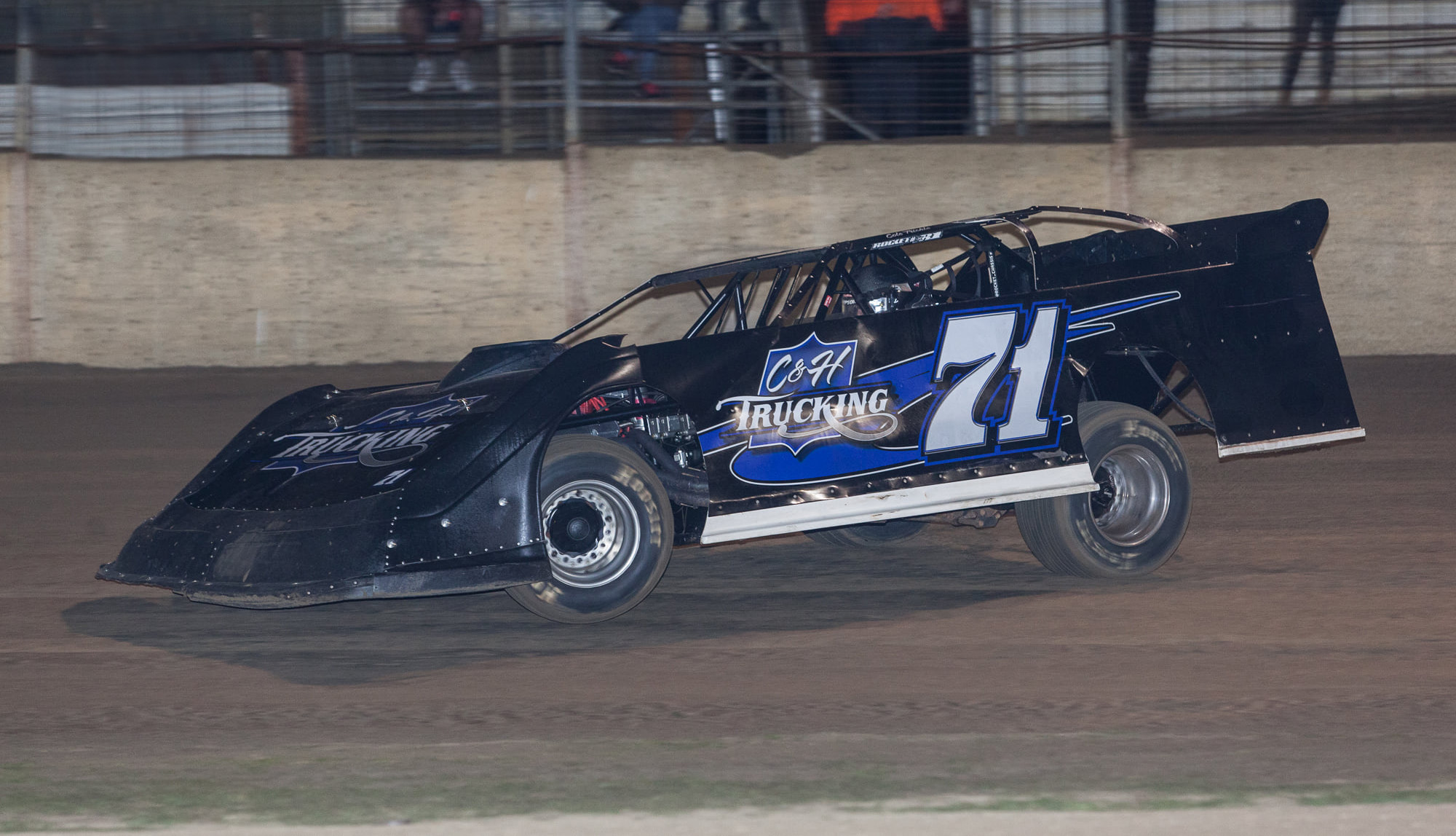 The first of two rounds of the Hi- Tec Oils Ultimate Speedway Challenge will take place this Saturday night at the Murray Machining and Sheds Speedway at Murray Bridge with 29 Sprintcars, 16 Late Models and 10 Speedcars currently nominated. Included in the fields are some of the best drivers in Australian Speedway with competitors from five Australian States including no less than 8 drivers who at some point have held an Australian Championship during their racing careers.

With such a versatile and talented list of racers it is no surprise to see a couple of drivers attempt double duty during the 2019/20 Hi-Tec Oils Ultimate Speedway Challenge with Robbie Farr and Domain Ramsay taking the opportunity to compete in multiple classes.

For Farr it is the second season that he raced in more than one class having stepped into the Late Model to compliment his Sprintcar duties last season, but he won’t be replicating his history making triple duty at MMS again this year. Last season saw Farr win main events at Murray Bridge in both the Sprintcar and the Late Model, including the South Australian Late Model Championship and the 60 for 60 Sprintcar Race, and he will enter this weekend’s event in red hot form. Not only will Farr head to Murray Bridge this Saturday night coming off a feature win at the Valvoline Raceway in the Sid Hopping Sprintcar Shootout but he also won his last start in the Late Model a week earlier at the same venue. All we can say is good luck to his competition!

Victorian Domain Ramsay is somewhat of a rookie in the Late Model class, but he has been racing open wheeled cars for a number of years and this is where he will feel a lot more at home. Over the years he has split his time in both Sprintcars and Speedcars and it is the Speedcar that he will strut his stuff in this weekend. Domain’s #V71 is one of the best prepared cars in the country and you can bet that he will give the likes of former Australian Champion Kaidon Brown, Travis Mills and Matthew Jackson a real run for their money.