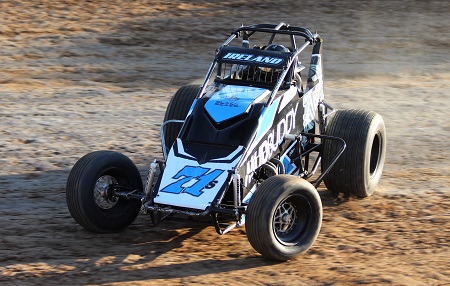 As the weather begins to warm up, the days get longer and the winter sports come to an end it can only mean one thing for the die-hard race fans, dirt track racing is back for another season at the Murray Machining and Sheds Murray Bridge Speedway.

This Saturday Night (September 28) the Moore Mechanical “Rumble at the River” will feature an all sections program headlined by the Wingless Sprints and Formula 500’s and the first U-Pull-It Demolition Derby of the 2019/20 season. For the sedan fans the ground pounding Super Sedans, Street Stocks and Junior Sedans will also be in action on what should be an entertaining way to the get the 2019/20 South Australian Speedway season officially underway.

Joining the field will be a number of Victorians including Boyd and Reece Harris from Bendigo, Jeremy Pearson, Marlin Carrigan-Walsh and Cobden teenager Blake Walsh.

Round 1 of the Formula 500 South Australian State Series will see 14 drivers battling out for early bragging rights with Brad Stell, Corey Jones, Brendan Zadow and Dean Cottrell among the favourites. After several season’s away Scott Dungey makes a return to racing and he will be hoping to make an immediate impact while Victorians Terry Rankin, James Macdonald and Declan Robinson can’t be discounted either.

The Super Sedan field will see seven cars to the track with the nomination list dominated by Kym’s, with the returning Kym Hammerstein being joined by Kym Jury and Kym Leyson. Defending South Australian Champion Ryan Alexander, Paul Blenkiron, Steve Schwartz and Robbie Marchant round out the encouraging early season line-up.

The evening’s racing program will be completed by a competitive field of Street Stocks featuring some of the best drivers in the State set to rub panels in their quest to win the opening main event of the season and the up and coming stars of the sport in the Junior Sedans.

With the next two race meeting at Murray Bridge set to feature events for both 360 and 410ci Sprintcars the opening night will also include several Hot Lap sessions for the Sprintcar classes.