A Super End To The MMS Season 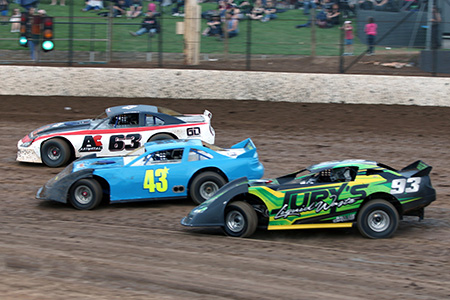 The 2018/19 Murray Machining and Sheds Speedway season will come to a close this Saturday night with the running of the Autopro Super Sedan Stampede. The race will also honour John Dawson, who was a great supporter of not only Super Sedans but South Australian Speedway in general, who lost his life after a battle with illness, and it will double as the inaugural John Dawson Memorial.

With the race set to honour a man who was such a great mate to so many, you can be assured that every driver will be out to win on what will be an emotional night. The field may be a little smaller than expected but it is still full of class.

There is still the possibility of a couple of extra intestate drivers joining the field as Mick Nicola and Lucas Roberts have expressed an interest in competing.

With the unfortunate cancellation of the Late Models, the Wingless Sprints got the late call up to have a run with a small field nominating for the Non-Points race. Local racer Brett Ireland, who was the runner-up in the A-Main last meeting, current Northern Territory #2 Brent Fox, Jamie Crafter, Patrick Monaghan and Latisha Heyler expected to compete while Victorian Jordan Nicholas will make the trek to Murray Bridge.

A strong field of 15 Street Stocks will be on hand to compete in the final round of the Murray Bridge Track Championship and if the last meeting is anything to go by then the “Streeties” are sure to turn on plenty of action as they duel it out for the final chequered flag of the 2018/19 MMS season.

Finally, for something a little different the night will also include Team Demo Derby Racing with a four V’s four on track contest to decide who will be the overall winner. In all a total of six teams will crash and bash into each other until a winning side is decided. So, unlike our individual World Record Attempt at our previous meeting, Team tactics will come into play which will make it an intriguing and unique Speedway battle.